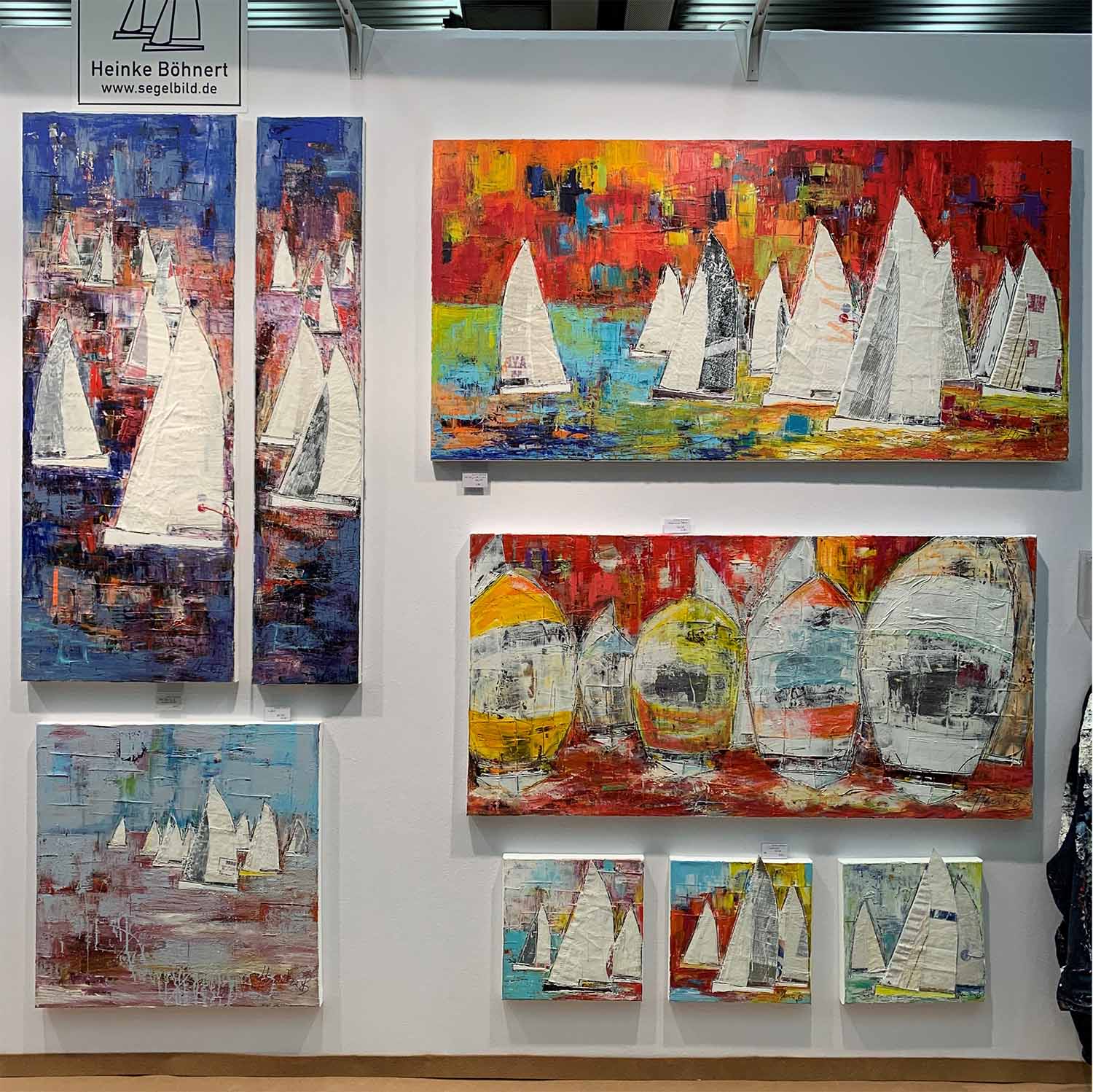 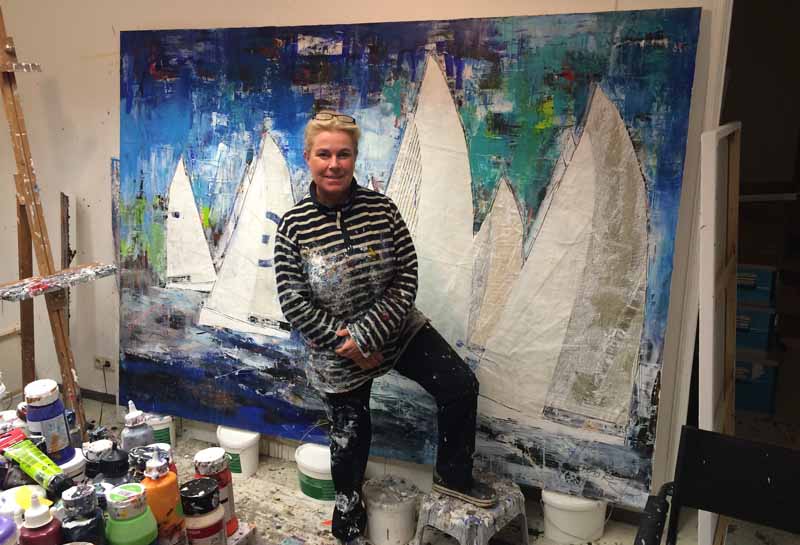 Heinke Böhnert represents a new generation of artists who have given a pioneering dimension to traditional marine painting:

Inspired by the expressionist painting of the 20th century, he created powerful paintings, mostly collages. Her material mix of pasty acrylic paints applied in layers, spatula technique and incorporated original sails give her paintings their unmistakable style and each motif its unique history.

Heinke Böhnert is an active regatta sailor herself. Her passion for sailing and painting has long since become a profession: Heinke Böhnert is an internationally recognized artist in the genre of marine painting, whose works can be found in many renowned galleries and collections in Europe and overseas as well as in the world’s leading online art gallery Singulart.

204 of her works can be found in Hamburg’s famous “Hotel Atlantic”. In 2012 her paintings were exhibited during the Olympic Games in London. In the summer of 2014, the artist presented two highlights: A solo exhibition on the Hamburg museum ship RICKMER RICKMERS, as well as a commissioned work for the Office of the Federal President. In June 2014, the German Federal President Joachim Gauck handed over a work by Heinke Böhnert to His Majesty Harald V of Norway on his state visit to Norway.

In her current, colourful, lively works, the artist shows a strong connection to offshore sailing and the great world races of high-tech sailing yachts. Parts of the deep black carbon fibre sails of the racing yacht “Malizia”, with which Boris Herrmann, supported by his Monegasque sailing friend Pierre Casiraghi, will be the first German to participate in the “Mount Everst of the Solo Sailors”, the world-famous Vendée Globe Race, in 2020, have been turned into her own series. Just like the original sailcloth of the yacht “Dongfeng”, which won the legendary Volvo Ocean Race in 2018.

Using disused regatta sails, the artist is not only attracted by the many nautical miles of history behind the high-tech cloths, but also by the special branding of the sails. Even small details, cut into new sail shapes, are immediately identified by connoisseurs as sails of certain yachts and successful sailors.

The stories behind the sails give the artist ever new inspiration. She transformed the success of the German 49er sailors Erik Heil and Thomas Plößel, who won the bronze medal in 2016 as the best German team ahead of Rio, into a sporty-artistic homage to the successful duo through numerous pictures with a piece of the winning sail. The result is large-format, colour-intensive pictures that testify to a great passion for sailing and its dynamics, combined with Heinke Böhnert’s typical powerful structure, strongly visualised feel and striking, powerful colours.

Make an appointment for a visit